An article by Bill Brewster explaining why he sold his 13,000 records prompted me to write this post about why I'm keeping my record collection.

First, Bill Brewster is the man — I love his sets and enjoy his whole ethos as a dj. What's more, I highly respect and understand his decision to sell his records as I've wrestled with the idea for quite a few years now.

After djing and producing for over 30 years, one might end up with a lot of musical detritus, as you do. And I did. Years of digging in the crates, promos, records handed to you year after year at WMC, it all adds up. After Marie Kondo-ing most of my other possessions: I had gotten rid of a ton of old clothes, books, and even trashed a huge box full of cds people had given me over the years. I figured if I hadn't digitized those cds by now, I wasn't going to. As Marie Kondo explains in her book The Life-Changing Magic of Tidying Up, once you get rid of something, you won't miss it. She's right.

Nevertheless, Kondo says to leave the most sentimental items to the end, and the last thing for me to tackle was my record collection. I pulled out enough vinyl to fill 8 boxes and sold those at Gramaphone in Chicago but that barely made a dent. Should I get rid of more? Could I? Would I? 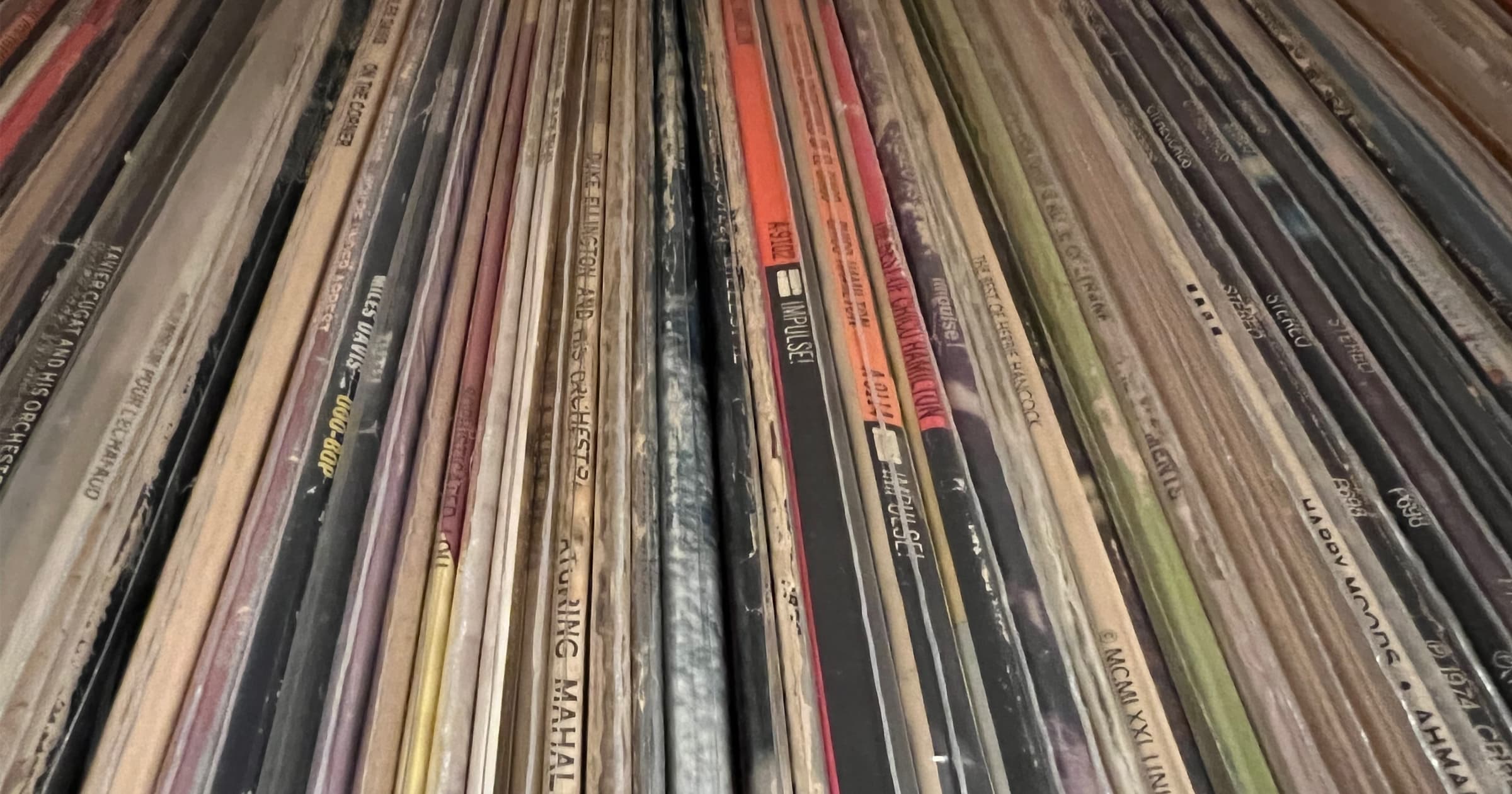 Ultimately, though, after careful consideration I decided to keep the bulk of my collection and there are several reasons why. Here they are — not necessarily in order of importance.

Reason 1: I enjoy listening to them.

This is pretty straightforward and simple: I like pulling out records and listening to them. With a broad collection of jazz, soul, funk, disco, house, techno, brazilian, reggae, dub, downtempo, and more, I can find something to fit the mood I'm in, or want to be in. Being able to play records and listen to them with my wife and son is also a source of joy. While I have a huge digital music collection as well, pulling out the right records for the moment — whether you are mixing them or not — is a much more tactile experience. Playing one digital file after another just isn't the same. It just isn't.

For me, records are inextricably tied to my memories, much like someone's photo album is. I remember where I bought it, if I sampled it, and flashes of the parties and people where I played the record as a dj. I cherish those memories and records continue to trigger and reinforce them. Those memories might be lost if I sold the records that trigger them.

Reason 3: I still use them for sampling.

Maybe it is old school or passé but I still love making sample-based music. Sure, if I can find a pristine digital copy of a track, I'll sample that most of the time but sometimes the inherent flaws of vinyl add warmth to a track that can't be recreated digitally even with modern lo-fi techniques. I love finding new loops or pulling out five records and forcing myself to find something to sample in one of them.

Reason 4: I still use them for djing.

After 20+ years of lugging records around I'm not in a hurry to go back to that anytime soon however I do still play vinyl for some local gigs. There is something to be said about being able to play only what you can carry in a bag and I feel like that part of the challenge of djing has been lost of late. Still, for most gigs I'm happy to roll up to the booth with my headphones and two SSD drives.

Reason 5: my collection is my legacy.

I've been collecting records for almost 40 years and I'm proud of my collection. I'd like to leave it to my son and hope that he will enjoy it as much as I have. He'll be able to learn a lot about who I am by digging in my crates. 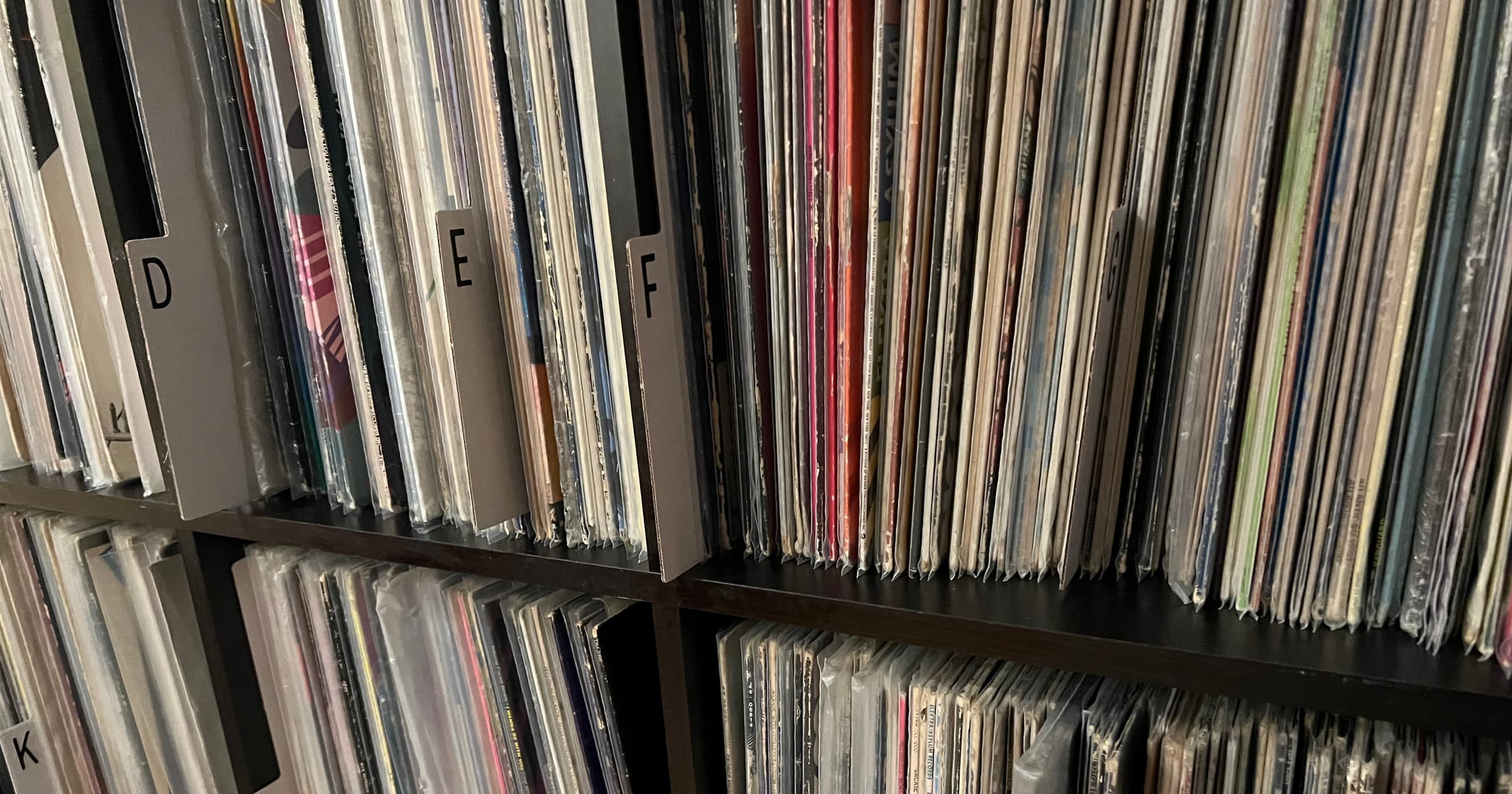